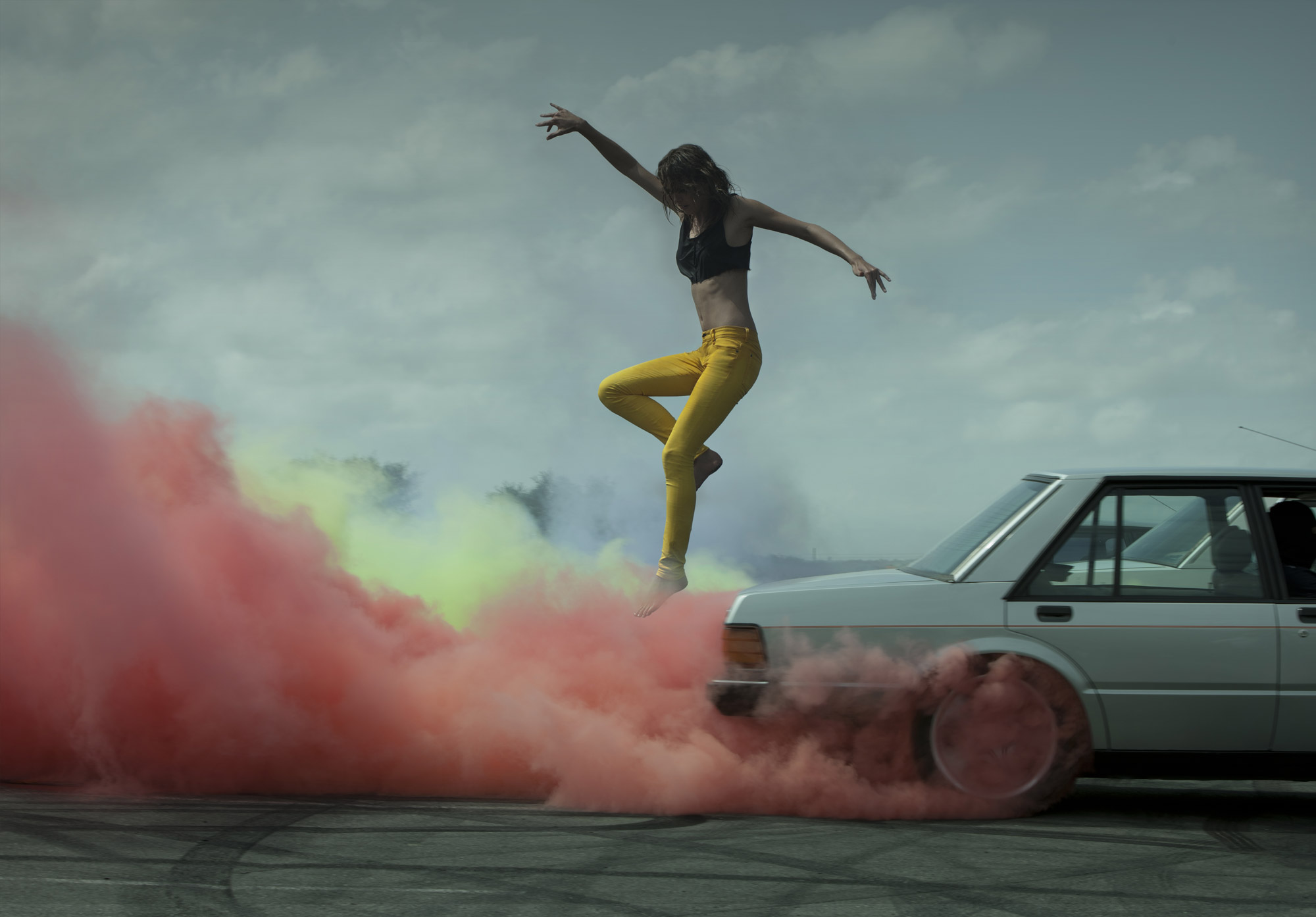 Australian director Daniel Askill of Collider directed this promotional ad Kolors for the Australian fashion label ksubi latest coloured denim line. The resulting film features models Bambi Northwood-Blythe, Cisco Gorrow and Heidi Harrington-Johnson act as modern-day matadors to the rumbling 80’s Ford’s that attempts to hunt them down while the girls soar above the cars to an operatic soundtrack.

Shot next to Sydney’s Kingsford Smith International Airport in barren industrial wasteland that car fanatics converge on after dark and with a Phantom camera, Askill captures each and every denim movement and smoke billow at 1500 frames per second.

This movie reminds me of Askill’s older video art, such as his strikingly beautiful short “We Have Decided Not to Die“. Still from the movie “We Have Decided Not to Die”. © Daniel Askill

Askill also directed several video clips for music artists, but I somehow feel his work works best when he doesn’t have to implement the musicians into his videos, and gets to do what he does best. One to watch!