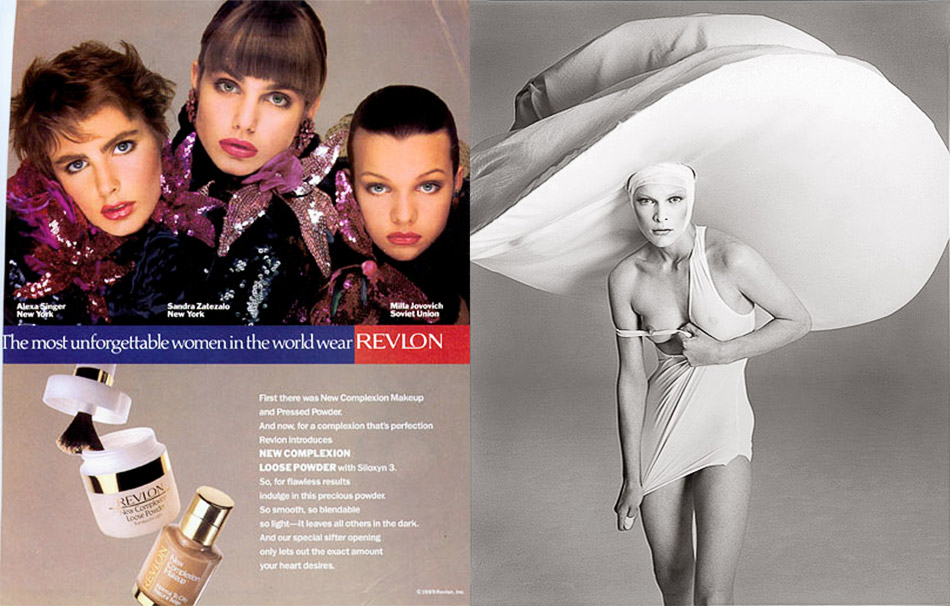 I wanted to share with you these two photos of Milla Jovovich by Richard Avedon. The first one taken in 1986 when she was only 11 years old after been spoted by Avedon, who featured her with 2 other models in the famous Revlon’s “Most Unforgettable Women in the World” advertisement. This marked Milla’s first big push to stardom. The 2nd one is from 1998, almost 10 years later. She was already a huge star by then.